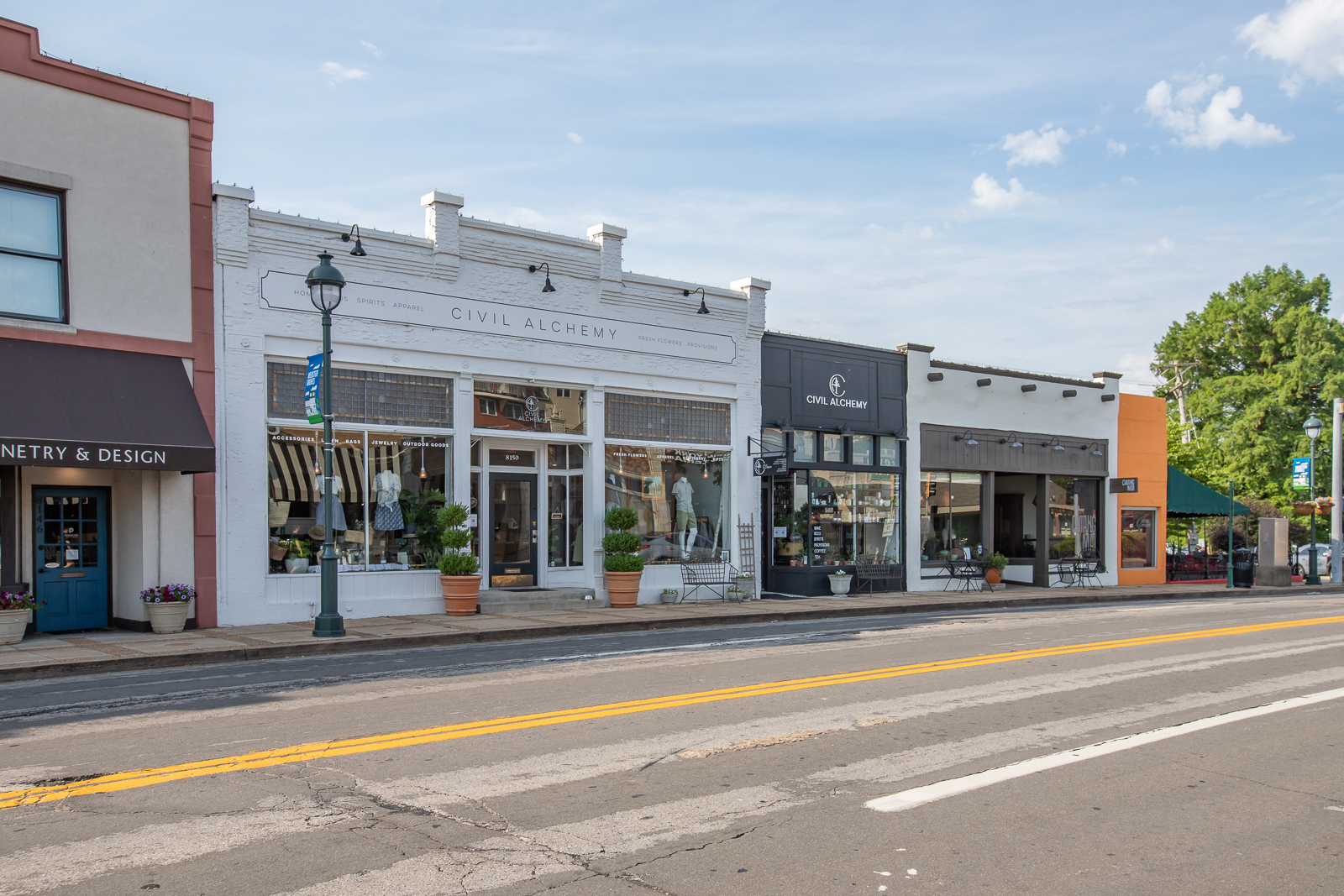 Old Orchard today is a trendy business district in Webster Groves. It has a distinct “main street” vibe and runs along Big Bend Boulevard, at the intersection of Interstate 44 and Murdoch Avenue. It’s the perfect place to visit to support local restaurants like the Balkan Treat Box and The Annex Coffee and Foods, as well as local businesses like Dharma + Dwell, Civil Alchemy, and David’s Guitar Loft. But how did this trendy spot become a local hub? What are its origins?

The name “Old Orchard” comes from the apple and peach tree orchards that dotted the area around the big bend in the Meramec River. These orchards lined the Native American trails down to the river and were also the livelihood of many large family farms tended by enslaved peoples.

The name “Old Orchard” wasn’t used in an official capacity until 1884 when the Frisco Railroad laid tracks for a commuter rail and built a station on land provided by the Lockwood family. However, the station couldn’t be called Lockwood Station because Frisco already had numerous other stations with the same name. The Lockwood family suggested Old Orchard Station and the name stuck. This station was the key turning point in the disjointed farms and homesteads becoming a community. 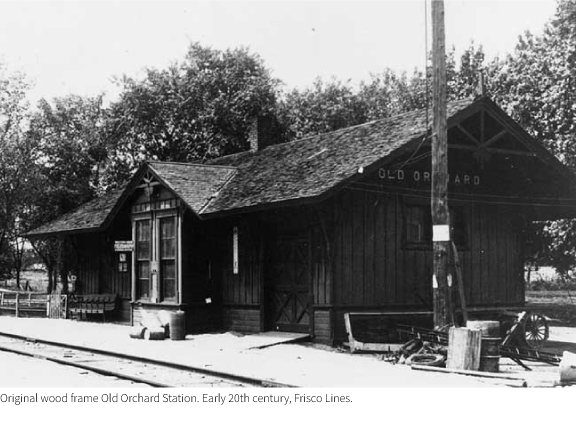 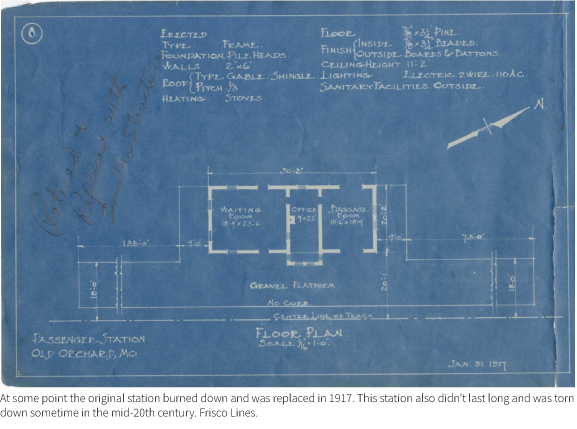 The Lockwoods were also responsible for some of the first public buildings in Old Orchard. They subdivided 80 acres for a suburban village near the new station, and built a livery stable, grocery store, laundry, and a small hotel. 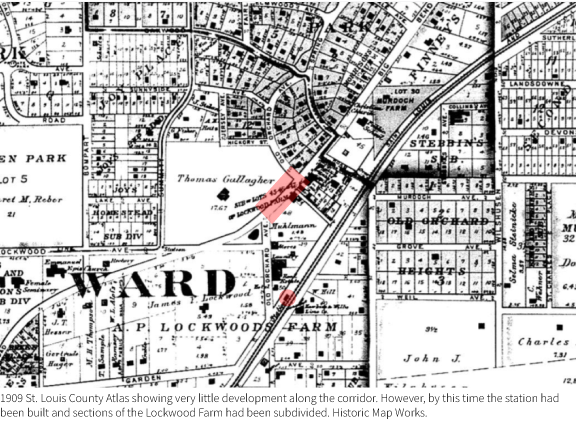 Nearby community Webster Groves was also expanding at this time. The City of Webster Groves incorporated in 1896 and annexed Old Orchard a year later. Many Old Orchard residents were not pleased with this decision and tried to secede for the next 20 or so years. 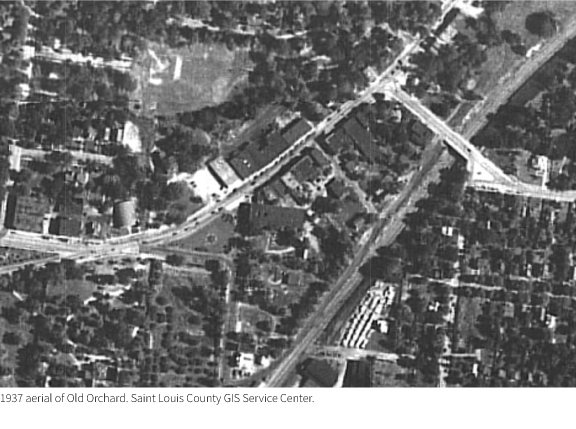 The story in Old Orchard is the same as many other suburban communities in the 19th century. Large family plots were divided, the railroad and streetcar encouraged families to settle there and commute to their jobs in the city. After the World Wars, daily life and transportation changed, and homes and businesses transformed. The area changed again when Interstate 44 was constructed in the 1960s, which effectively divided Webster Groves into 2 sections. 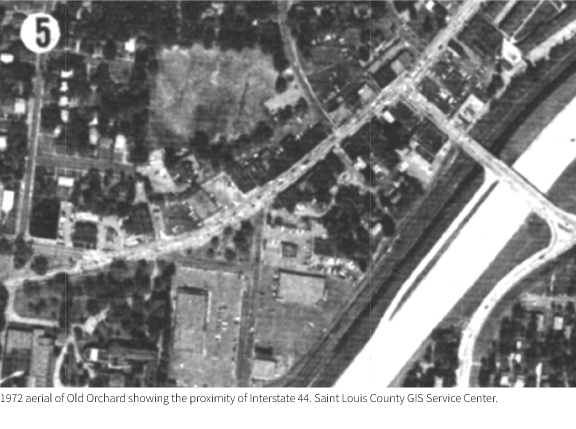 Thankfully, Old Orchard was spared when Interstate 44 was laid out. It remains today as a vibrant commercial center that reminds us of a historic community and the early suburban history of our nation. 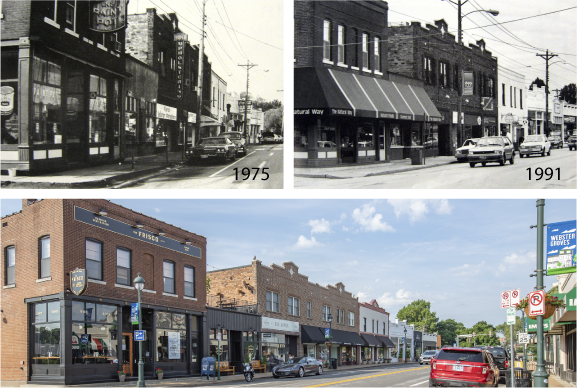 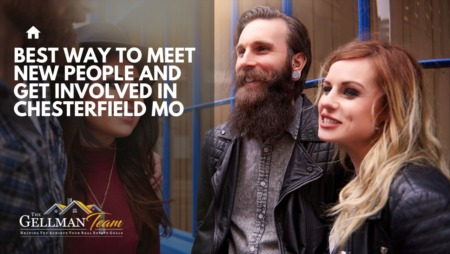 Are you new to Chesterfield Missouri? Whether you lived here for years or you recently relocated to Chesterfield, getting involved can be a little ...Read More 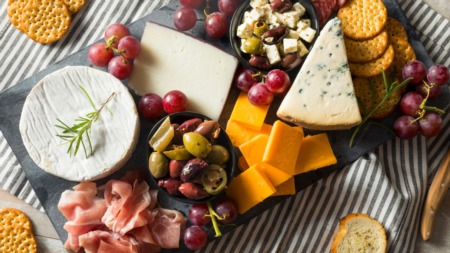 Expansive series of parks, amazing architecture, and several dining options are what Chesterfield is known for. This breathtaking suburb is a ...Read More