Next week, look for one of our new listings: 37 Lake Mill Lane, Chesterfield. The house is situated on nearly half an acre in a private, wooded neighborhood and was constructed in 1967. It features hardwood floors throughout, 6 bedrooms (including a spacious master suite), and a large deck. The house also has easy access to Interstate 64 and highway 141, as well as the Town and Country Crossing shopping center. An added bonus is the house’s proximity to the Edgar M. Queeny County Park (or just Queeny Park), less than 2 miles south.

Queeny Park consists entirely of land from the former estate of Edgar Monsanto Queeny, the former president and chairman of the board of the Monsanto Chemical Company, which he inherited from his father. The family residence, named Jarville, was constructed in 1854 by Hyacinth Renard, and was acquired by the Monsantos in 1931. The house still stands today and is one of the best surviving examples of Greek Revival in Missouri. It was added to the National Register of Historic Places in 1984.

But how did the Queeny estate become Queeny Park? The Queenys sold their property in 1964 to the American Investment Company Realty Corporation and donated the proceeds from the sale to Barnes Hospital. Six years later, St. Louis County purchased the estate with 1969 bond issue funds and formed the 570-acre county park.

Today, the park offers visitors numerous walking trails, native plant gardens, an expansive dog park, various sport and recreation complexes, as well as a glimpse into the park’s past life as a great estate.

St. Louis County decided to make a conscious effort to maintain Jarville house and a number of the service buildings. The two entrance gates off of Mason Road also remain. When you visit, see what historic structures you can find! 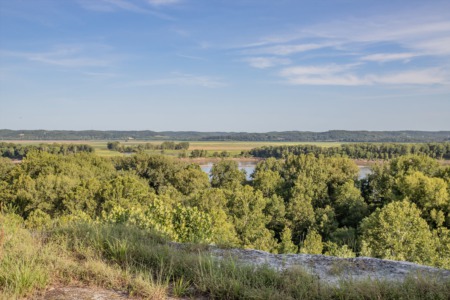 Klondike Park is located on the banks of the Missouri River, about 40 miles west of St. Louis. The 250-acre park boasts more than 4 miles of trails ...Read More

4126 Whitehall Drive in Arnold is one of our coming soon listings. The house has been beautifully updated with laminate floors throughout, custom ...Read More

A few days ago the magnificent custom-built 12907 Sunset Bluff Court was listed by our Team. The house is situated on 1.12 acres and has ...Read More